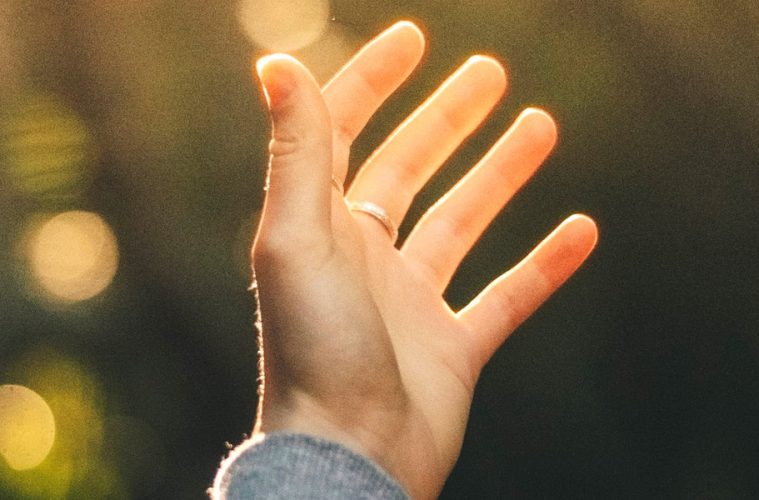 Nurse Recorded The Last Wishes Of Dying Patients The Answers Might Surprise You!

Australian nurse Bronnie Ware spent several years working palliative care with patients who had less than three months to live. She recorded their thoughts, regrets, and stories in the book, “The Top Five Regrets of the Dying.”

While death is never something most people like to focus on, stories like this can help inspire you to create the changes you need in your life. Life is short, no one knows how long they have. Use these lessons to take action so you don’t end up with regrets.

Here are the five biggest regrets of the dying:

1) I wish I’d had the courage to live a life true to myself, not the life others expected of me. – Top Five Regrets of the Dying

This was the most common regret of all the people lying on their deathbed. When they realized that life was over they had the ability to look back with clarity. Unfortunately, many of these people saw a life with dreams left unfulfilled.

“Most people had not honored even half of their dreams and had to die knowing that it was due to choices they had made or not made.”

Every single male patient had this regret. The men said they missed so much of their relationships and friendships because they simply worked too hard. While women spoke of this regret, the majority were from a different generation that had not been the breadwinners.

Don’t spend so much time at work that you forget to live your life. Find a work-life balance so you can earn money, work on your passion and still have plenty of time to create beautiful relationships.

As she said, “Many people suppressed their feelings in order to keep peace with others. As a result, they settled for a mediocre existence and never became who they were truly capable of becoming.” 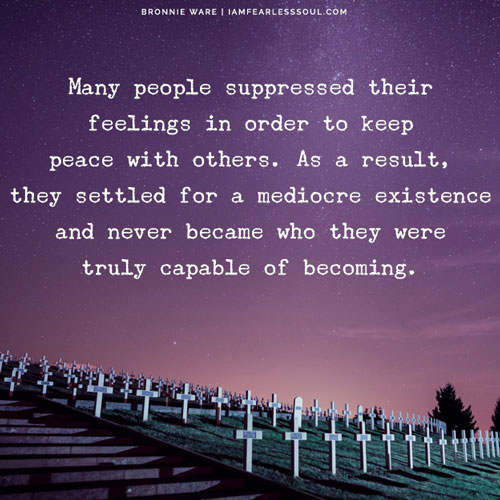 Don’t be afraid to express your true feelings, good or bad. Holding in resentment, bitterness, and anger is toxic for your soul. Express yourself, deal with the situation and move on. Don’t hold on to negative emotions any longer than you need too.

“Often they would not truly realize the full benefits of old friends until their dying weeks and it was not always possible to track them down. Many had become so caught up in their own lives that they had let golden friendships slip by over the years.”

Life gets busy, especially as you have a family and become an adult. But don’t forget the importance of keeping up with friends. Thankfully, Facebook and social media help, but don’t be afraid to pick up the phone and talk with an old friend. Friendships come and go, make sure to cherish the ones that matter the most.

“Many did not realize until the end that happiness is a choice. They had stayed stuck in old patterns and habits. The so-called ‘comfort’ of familiarity overflowed into their emotions, as well as their physical lives.”

Always remember that happiness is a choice that you can make. Choose to be happy. Choose to be vibrant, alive, and positive. No one ever ended up on their deathbed saying they were too happy throughout life.

Use these lessons from “Five Regrets of the Dying” to change the way you live life. Choose to spend time with people you love, express your feelings, and be happy as often as possible. Every day you have the opportunity to experience a better life, it’s your choice!