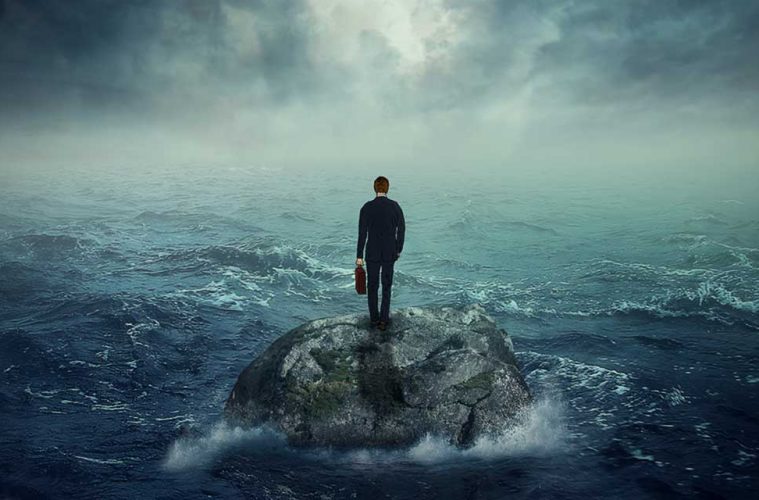 How to Find Courage When Your Struggles in Life Seem Insurmountable

How to Find Courage When Your Struggles in Life Seem Insurmountable

“Courage is resistance to fear, mastery of fear, not absence of fear.” – Mark Twain

Fear plays an integral role in our lives. It’s a powerful emotion that can propel people into the most creative phase despite all the struggles in life. And it can also cause them to make their life miserable.

The key here is to use fear for forward momentum instead of letting it stop you in your tracks.

Fear can arise due to many things. Fear of:

When we run away from it instead of embracing its purpose, we lose confidence. So what is the true purpose of fear? Read on to find out.

Here are six ways you can find courage when your struggles in life seem insurmountable:

1. Understand What Fear Really Is

We think of fear as this egomaniac whose only purpose is to annihilate our self-esteem and put us in the gutter. But this is not true. Fear is just a human emotion, just like other human emotions including joy, sadness, anger, and surprise. And our emotions serve as the guiding light which shows us the right path in life.

The simple message fear brings with itself is: grow. Whenever we feel fear, it’s a strong indication that we need to learn from our struggles in life and grow. 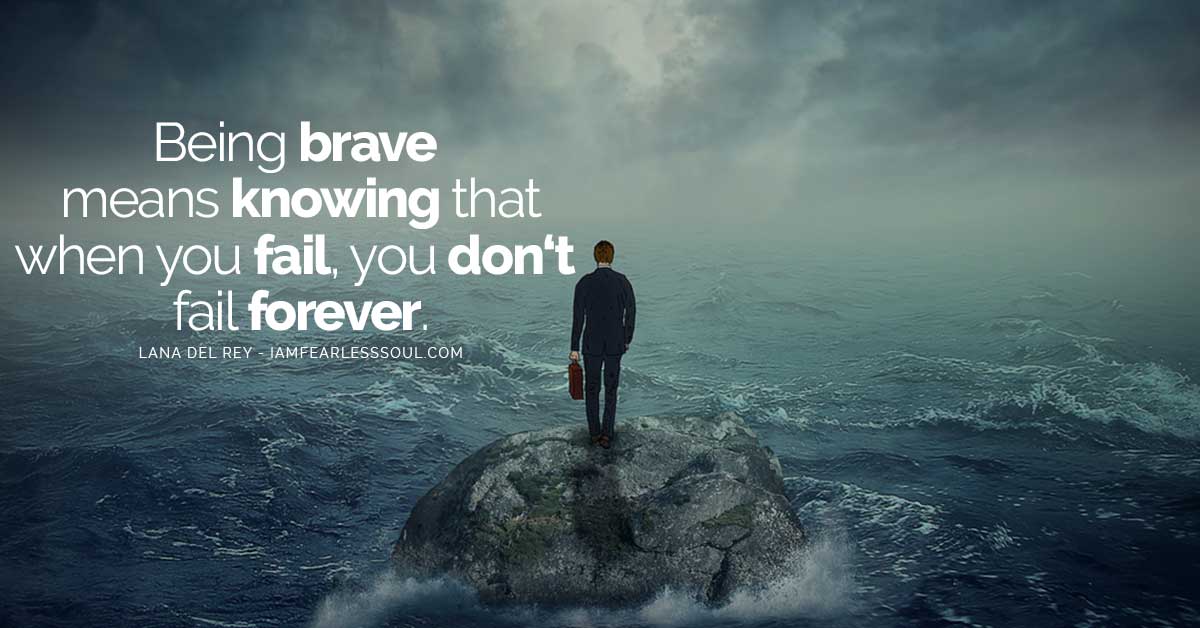 When we are in the right environment, courage comes naturally because we’re drawn to our vision of the future. In the wrong environment, even the strongest among us crumble. So to find courage, we need to align ourselves with our inner values.

Take the example of Scott Dinsmore, the founder of LiveYourLegend, an organization that helps people turn their passion into their careers.  Before he started this company, he was working for a Fortune 500 company but felt miserable because he hated the job. It was so bad that he often felt like slamming his head on the computer.

Then transformation happened when he decided enough was enough and that he would find a career where he could immerse himself in every moment. And that’s when he went on to build LiveYourLegend.

His example shows that when we are on the authentic path, it’s easier to find courage amidst all struggles in life.

3. Don’t Predict your Future, Create it

“The best way to predict your future is to create it.” – Abraham Lincoln

Fear paints a scary vision of the future. But the picture is skewed and false because it’s created by fear, not us. When you calm your mind, step out of the unending narrative written by fear, and connect with the inner witness in complete stillness, you’ll realize that the future isn’t bleak. And that, it’s you who’s writing the script.

Once there were twin brothers who lived in poverty and depression in childhood. One of the twins went on to achieve great success.

When the reporters asked the successful man “to what do you attribute your accomplishments?” The man said “I had no choice, you see. I had to find a way up and out because my father was a horrible alcoholic and abused me and my brother – I knew that if I didn’t work hard and seek a better life, I’d become just like him.”

The reported was curious about how the other twin handled the trauma. He tried to find him and discovered that he was poor and living on the streets.

When asked how he got in this miserable situation, he replied, “I had no choice, you see; I was doomed because my father was a horrible alcoholic who abused me and my brother. I didn’t stand a chance.”

The story shows how two brothers who went through the same crisis created a totally different perspective about their struggles.

We can use the struggles to grow or we can give up and make our lives miserable. Your circumstances won’t write your destiny, your choices will.

4. Start Small and Use the Momentum to End Big

When you face seemingly insurmountable obstacles and giving up is not an option, the wise thing to do is to break it down. Eat the elephant one bite at a time.

It’s baffling how our mind creates this ridiculous image of struggles in life. But once we actually start moving closer to our fears, by taking baby steps, we realize that it was not as hard at all. The illusion created by fear is dispelled when we start taking action.

So if you’re scared and confused, take baby steps and build momentum. Once you’re active, you’ll be able to handle much bigger obstacles and eventually destroy the big obstacle that scared you in the beginning.

An important step in gaining courage is realizing it’s okay to fail. People who fail while daring greatly are always respected by their peers.

Everyone can play it safe and win. The credit goes to the person who steps into the unknown, and paves a path for others.

Think of the time when you were learning to ride a bicycle. Would you ever learn to ride if you were too scared of falling off? We learn by falling down, getting up, and trying again. People actually fail when they stop trying, not when they experience temporary setbacks.

6. Realize That Courage is A Muscle And Can Be Built

“Courage is… a habit, a virtue: You get it by courageous acts. It’s like you learn to swim by swimming. You learn courage by couraging.” – Brene Brown

When we are deep in self-doubt, we form a weak identity. We think that we are not courageous because we have failed and can’t seem to move forward. But the truth is that courage is a habit like any other and can be built like a muscle.

Neuroplasticity says that our minds are malleable and can be molded into any form we want them to be. So if you face your fears gradually, your self-image will change from “weak” to “strong” and “courageous”.