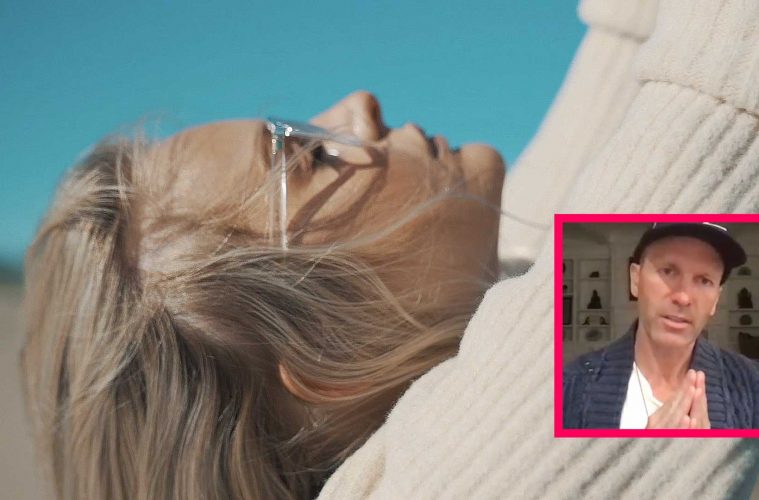 What It Feels Like To Be In Love – Peter Crone

Transcript – What It Feels Like To Be In Love – Peter Crone

When you really discover what it means to fully accept who you are all aspects then that I would assert is the discovery of what love is.

It’s really that simple, like, you know, it’s very easy as a spiritual teachers and esoteric philosophers and poets to talk about love as though that is our nature, and I’m not denying that, but it’s one thing to know that, okay, I am love. It’s another thing to experience I AM love.

And the way I’ve often used for myself as an expression, I say, I AM IN-LOVE and people often will say, wow, that’s awesome. Congratulations. And I’m like, no, no, no, no… I am IN THE ENERGY… I am in the essence, I am bathing within the quality that is love itself.

Yes, of course. I love companionship. I love falling in love with other… that’s a fun experience, but to recognize that I am actually held by the essence of love itself, that is, I would say not only a rare experience, it’s an anomaly to the norm, but I would assert it’s actually what we’re all here for… is to awaken to the fact that I am held by the container of the essence of love itself. And until such that I get that I will invariably be seeking it through the adoration or the validation or the reassurance of other, for which reason I will constantly be dependent on what they do or say to the point that everything is now a perceived threat. And for that reason, I will be perpetually in a state of exhaustion, which is really a futile battle for me to overcome the fact that I believe that there’s fundamentally something wrong with me. That’s not lovable.

And there in lies, the biggest pretense of all that, I somehow believe that there is something wrong with me. And I’m looking to the outside world to compensate for that or to reassure me otherwise, which is again, it’s a futile plight because if that’s how I’ve defined myself, then it doesn’t matter how many millions of people might love me until such time that I really get that for myself. It’s all window dressing.

You know, when people are like always trying to lean into like positive vibes or good feelings,

they’re denying 50% of what it means to be human, which is that just by virtue of being a sentient being, you’re going to have a myriad of different feelings.

Some of which you might think are great or the negative, but to what degree can you be big enough as a human being, to hold the space, the container of love, just like a really adoring mother does for her child, which she allows all of it to be that, of course you may have preference, but there’s no judgment of a child that’s just experiencing and self expressing whatever is going on. That is the container of love that I want to inspire, that I do inspire for people to bring to themselves, such that they can make space for their humanity, warts and all.

It’s not always going to be pretty, but that’s the nature of love. The very nature of love is such that it actually makes space for that, which isn’t necessarily lovable.

To make sufficient space for all parts of me, even those that my persona, my ego are somehow belittling, berating, or judging. That is the antithesis of love.

And so that is why it’s almost beautifully designed by virtue of being human… We are flawed, we are imperfect. And if it weren’t for that, we wouldn’t understand what it means to develop true. Unconditional love. 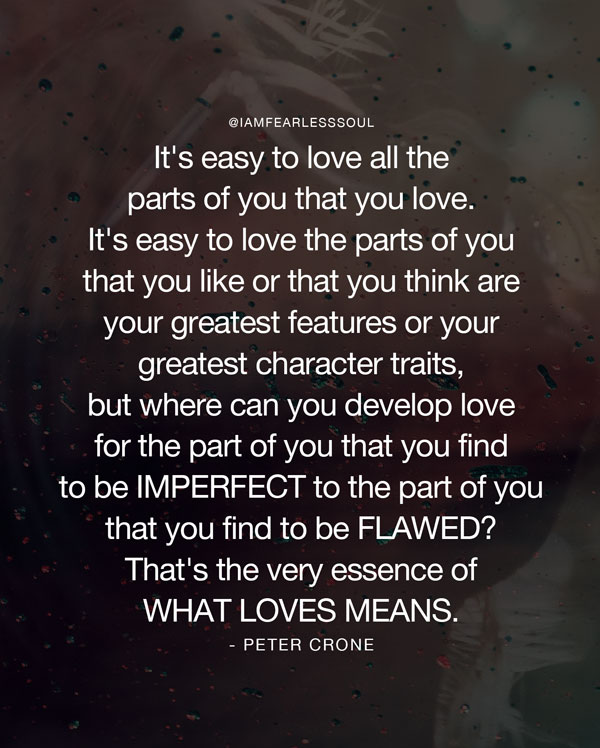