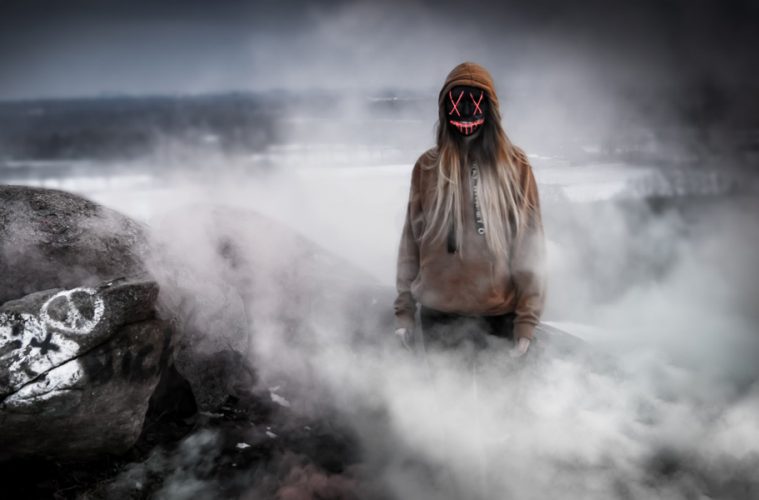 It is easy to believe that all human beings are inherently good people with good intentions, but sadly that is not always the case.  Although the good surely outweighs the bad, it is important to be able to spot the bad and avoid their destructive behaviour.  Now more than ever it is easier for evil people to blend into society. Watch for these warning signs that you are dealing with an evil person.

As children we are told that lying is bad. As a general rule of thumb this is true, but there are ‘white lies’ which are very small lies to make someone happier or to make something easier. Like when your partner says does this look good on me? The nicest and most harmonious response is quite often “Yes”.

But every now and then we come across someone who lies incessantly, they will lie about their achievements, feelings and intentions. If someone lies to your face about something bigger than a white lie your warning bells should be ringing loud and clear. Lying is a clear sign of an evil person who lacks empathy.

Manipulative people will generally only speak to you when it suits them, when they are trying to convince you of a point of view that will benefit their cause or they are trying to get something out of you. They can be hard to spot at first because they are so well versed in deception.

Remain vigilant because you might not realise you are being manipulated until it is too late. 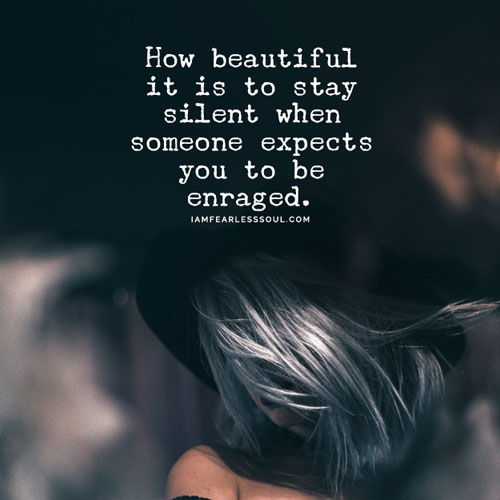 It is always better for your wellbeing to share what’s bothering you. But be careful who you share yourself with. Evil people will not be able to keep a secret and will tell anyone and everyone if it suits their own agenda. A good experiment is to tell someone you’re not sure about, a secret about someone else you mutually know, but that you can trust, just make up a random story, but tell the person you trust what that story is, and just wait and see if they end up getting told. This way you can figure who you can and cannot trust.

4. They Are Secretive About Their Identity

There is a big difference between an introvert not wanting to overshare and an evil person discussing themselves. An introvert will slowly come out of their shell as they feel comfortable and share more about themselves. But an evil person will always be hesitant to do so, because most of what they say about themselves is just a made up story, and they know that if they spin too much of a story they won’t be able to remember it all in the future, which will affect their ability to manipulate people effectively, once they get caught out.

5. They Will Try To Control You

Yes some people you encounter are bossy, but that can be for a lot of reasons and is not an entirely bad thing. The difference with an evil person is they will try and control everything you do. Subtly at first but like the snowball effect, this will grow larger and stronger as time goes on. If they do not meet resistance they will abuse their power over you. When someone begins dictating when and where you can go, you know they are trying to control you.

A simple test for an evil person is to question them about something that they will not like, make sure you have the facts straight prior to engaging with them. They will deny what you are saying and once you point out the facts to them, they will squirm with all their might to convince you otherwise. This is when you know you are dealing with a manipulative, evil person.

7. They Undermine Those Around Them

Part of an evil person’s manipulative nature will be to undermine everyone around them. Belittling others achievements or work in comparison to their own. This can manifest itself in racism, sexism or ageism as well. Even though they have such a high perception of themselves their own need for self-aggrandizement is never satisfied and they will abuse any opportunity to make themselves sound more important.

Are You Dealing With An Evil Person?

Individually the above traits may just be a character flaw which everyone has in some way and is perfectly acceptable. No-one is perfect and we are all on a journey of self discovery and improvement. But if they display most or all of the above traits, you are dealing with an evil person. Normally the best course of action is to get them out of your life, because sadly these people are almost impossible to help unless they seek to do so for themselves.