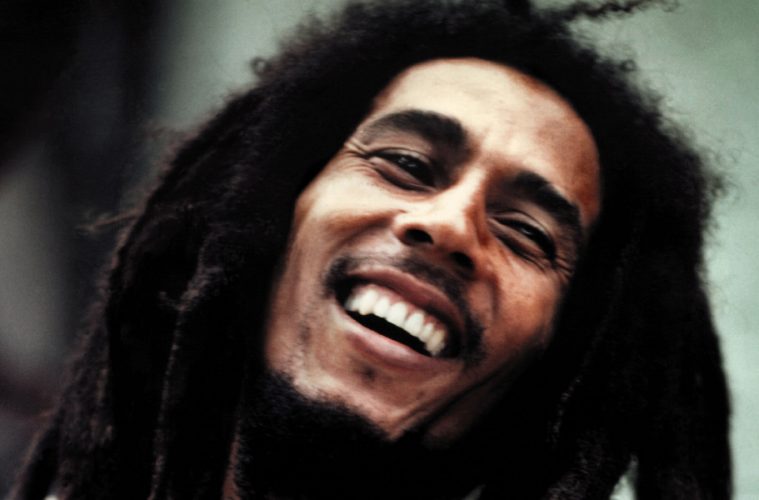 Bob Marley changed the world, he brought worldwide recognition to reggae music selling more than 75 million records earning him a spot in the Rock and Roll Hall of Fame.

More signifigantly Bob Marley taught the world to love without fear and live with passion. Bob Marley was born on February 6, 1945, in Nine Miles, Saint Ann, Jamaica, to Norval Marley and Cedella Booker.

His father was a Jamaican of English descent. His mother was a black teenager. The couple planned to get married but Norval left Kingston before this could happen. Norval died in 1955, having seen his son only once.

He was a committed Rastafari who infused his music with a deep sense of spirituality. Marley was awarded the International Peace Medal by the African delegation to the United Nations in 1978.

When asked if he is a “rich man,” He eloquently explains his definition of riches.

Bob Marley was hugely popular in the 70’s & 80’s and served as a symbol of Jamaican culture and identity.

In July 1977, Marley was found to have a melanoma under the nail of a toe. He refused to get the toe amputated, as it went against his Rastafari beliefs.

Despite his illness he continued touring. Marley’s last concert occurred at the Stanley Theater (now known as The Benedum Center For The Performing Arts) in Pittsburgh, Pennsylvania, on 23 September 1980. Just two days earlier he had collapsed while jogging.

Bob Marley was brought to hospital where he learned that the cancer had spread to his brain. Bob Marley passed away 8 months later on the 11th of May 1981, in Miami & the world mourned.

As per his request he was buried with these five items;

Bob was buried at his birthplace in Nine Mile in Saint Ann Parish, Jamaica.

His final words to his son Ziggy were “Money can’t buy life.”