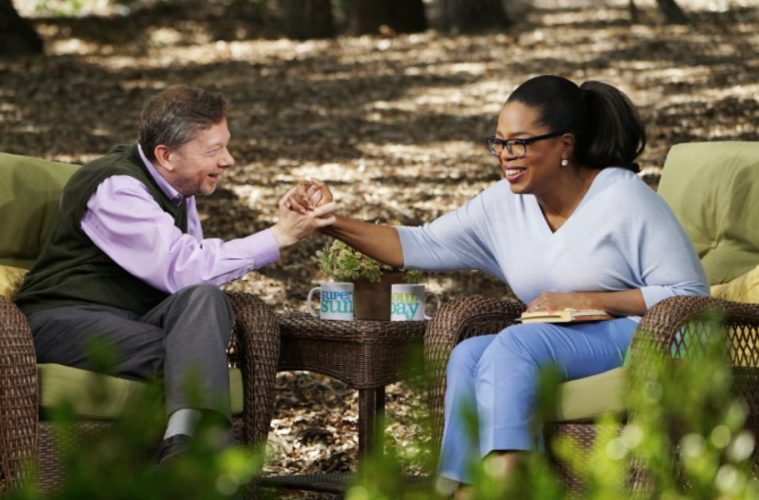 How Eckhart Tolle Brought Himself Back From The Brink Of Suicide

Eckhart Tolle is one of the most prominent spiritual teachers in the world today. Born in a small town in Germany in 1948, three years after the end of World War 2.

For most of his life, even Eckhart Tolle himself had no idea of his future ascension to the summit of spiritual guidance. He described his childhood as unhappy. Alienated by a hostile school environment, in a country still reeling from unprecedented devastation.

At age 13 Eckart Tolle moved to Spain, his father insisted he did not need to attend high school, instead Eckhart chose to study literature, astronomy and various languages at home. During this time Eckhart Tolle read several books by German mystic Bô Yin Râ, Eckhart commented that these books affected him “very deeply.”

At age 19, Eckhart Tolle moved to England and for three years taught German and Spanish at a London school. Troubled by “depression, anxiety and fear”, he began “searching for answers” in his life.

In his early twenties, he decided to pursue the answers he hungered for by studying philosophy, psychology, and literature. Eckhart Tolle enrolled into the University of London. After graduating he was offered a scholarship at Cambridge University.

The Night That Changed Everything

One night in 1977, at the age of 29, after having suffered from depression for most of his life. Tolle says he experienced an “inner transformation.” That night he awakened from his sleep. Suffering from unbearable dread and thoughts of suicide. Eckhart Tolle experienced a life-changing epiphany.

Recounting the experience to Oprah on Super Soul Sunday, he says,

I couldn’t live with myself any longer. And in this a question arose without an answer: who is the ‘I’ that cannot live with the self? What is the self? I didn’t know at the time that what really happened was the mind-made self, with its heaviness, its problems, that lives between the unsatisfying past and the fearful future, collapsed. It dissolved.

The next morning I woke up and everything was so peaceful. The peace was there because there was no self.

Just a sense of presence, just observing and watching.

Eckhart stopped studying for his doctorate. For around two years after this experience he spent much of his time sitting “in a state of deep bliss,” on park benches in Russell Square, Central London, “watching the world go by.” He stayed with friends, in a Buddhist monastery, or otherwise slept rough on Hampstead Heath.

His family thought him “irresponsible, even insane.” A 2012 interview article states that he saw the name Eckhart on one of a pile of books in a dream, and knew he had written the book. Soon after in real life he ran into a psychic friend who called him Eckhart out of nowhere, so he changed his name. Eckhart went on to author
The Power of Now and A New Earth. Collectively his books have sold over 20 million copies! How a man can go from contemplating suicide to helping millions of people across the globe is truly inspiring.

How Eckhart Tolle Brought Himself Back From The Brink Of Suicide