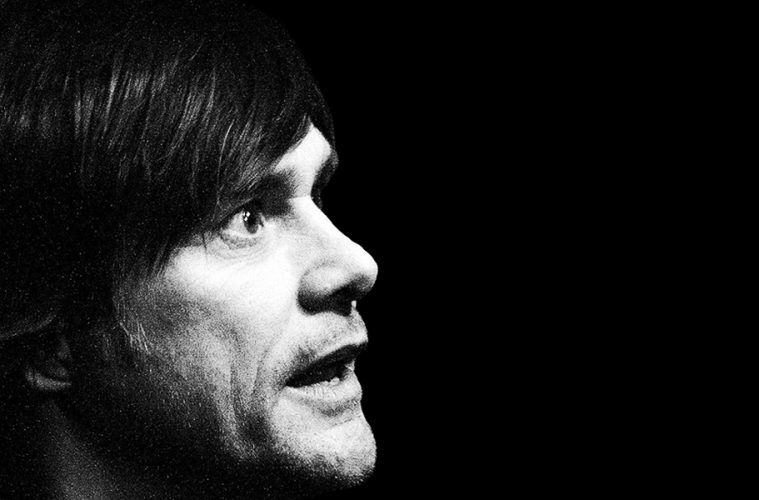 Jim Carrey the Canadian born, Hollywood megastar is best known by the blockbuster movies he has starred in, such as Ace Ventura, Dumb & Dumber, The Cable Guy, The Truman Show & Bruce Almighty.

Away from the bright lights of Hollywood, there is a very spiritual side to Jim Carrey. In a recent interview with CBS he tells of his bouts with depression and his goal to live a life free from all drugs (even caffeine). He speaks of his time “hanging out with Buddha and Krishna” and even shares with us where his meditation rituals and expands on his broad view of Spirituality: “I’m a Buddhist, I’m a Muslim, I’m a Christian. It all comes down to the same thing you’re in a loving place or you’re in an unloving place.”.

Carrey is also a friend of Eckhart Tolle and in 2009 gave a speech telling of his being “thrown into this expansive, amazing feeling of freedom” after meeting Eckhart and reading his books.

As someone who has experienced such extreme high and lows in life. And is dedicated to finding meaning in life via his spiritual journey. There is much to learn from Jim Carrey, below we share some of Jim Carrey’s thoughts and gain an intriguing insight into the mind of a creative genius.

“If you’ve got a talent, protect it.”

“Behind every great man is a woman rolling her eyes.”

“I think everybody should get rich and famous and do everything they ever dreamed of so they can see that it’s not the answer.”

“It is better to risk starving to death than surrender. If you give up on your dreams, what’s left?”

“Desperation is a necessary ingredient to learning anything, or creating anything. Period. If you ain’t desperate at some point, you ain’t interesting.”

“If you aren’t in the moment, you are either looking forward to uncertainty, or back to pain and regret.”

“Life opens up opportunities to you, and you either take them or you stay afraid of taking them.” 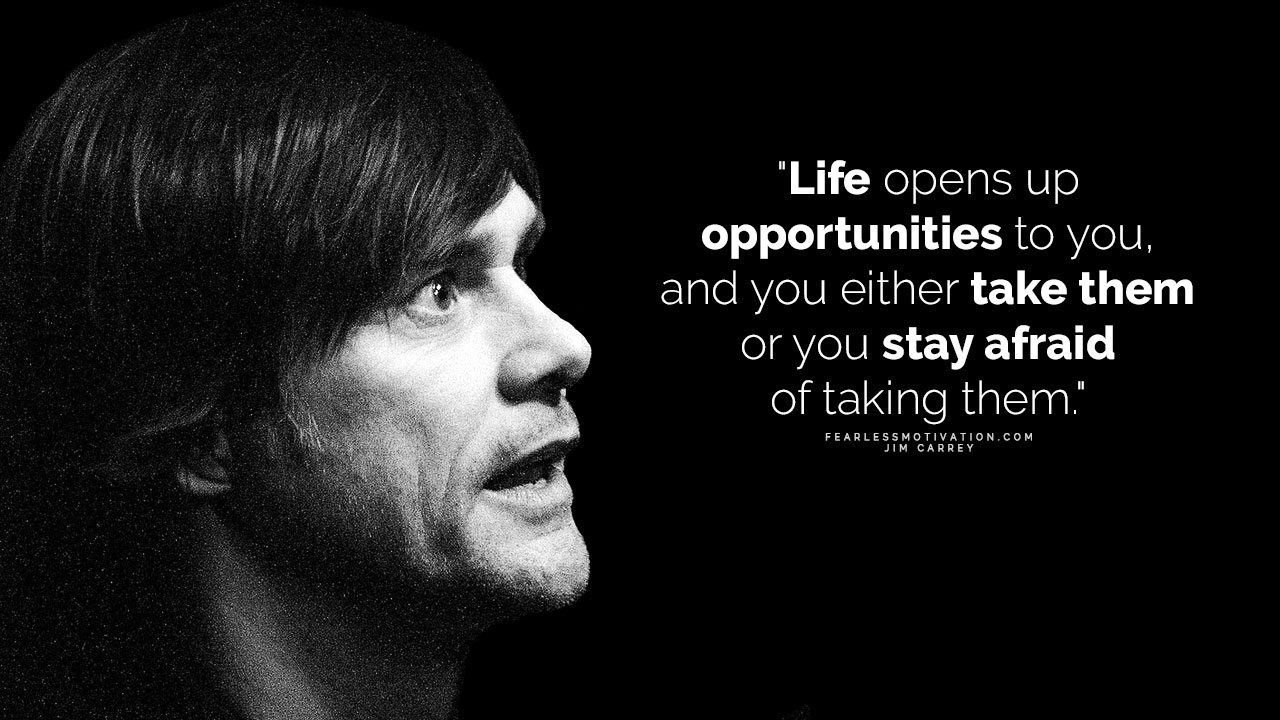 “I wake up some mornings and sit and have my coffee and look out at my beautiful garden, and I go, ’Remember how good this is. Because you can lose it.”

“Maybe there is no actual place called hell. Maybe hell is just having to listen to our grandparents breathe through their noses when they’re eating sandwiches.”

“As far as I can tell, it’s just about letting the universe know what you want and then working toward it while letting go of how it comes to pass.”

“It is better to risk starving to death than surrender. If you give up on your dreams, what’s left?”

“Your need for acceptance can make you invisible in this world. Don’t let anything stand in the way of the light that shines through this form. Risk being seen in all of your glory.”