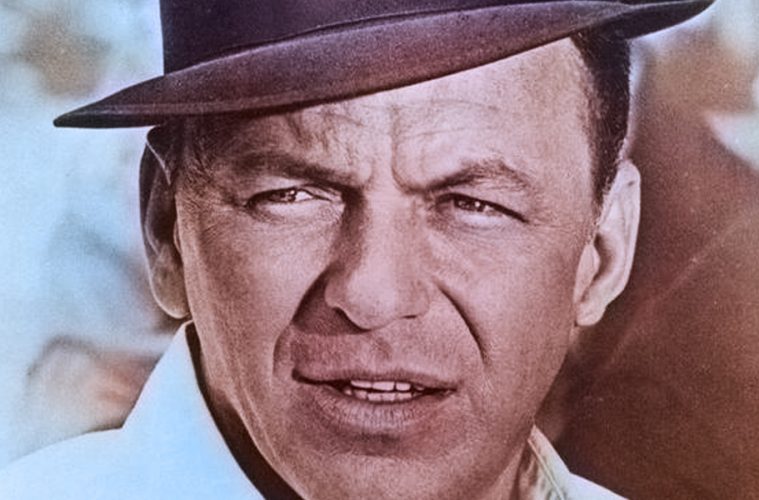 Frank Sinatra was an iconic singer and film actor who positively impacted millions of people. He was one of the best selling artists of all-time, selling more than 150 million copies worldwide. He also won an Academy Award for his work on, “From Here to Eternity.”

While he lived a turbulent life, he worked hard to own his skills and become the sensation he is known for today.

Use these Frank Sinatra quotes to live your life to the fullest.

“Don’t hide your scars. They make you who you are.” – Frank Sinatra

Learn to forgive yourself every day. Don’t let feelings of guilt and shame enter your mind. These emotions are toxic and will hold you back from living your best life. 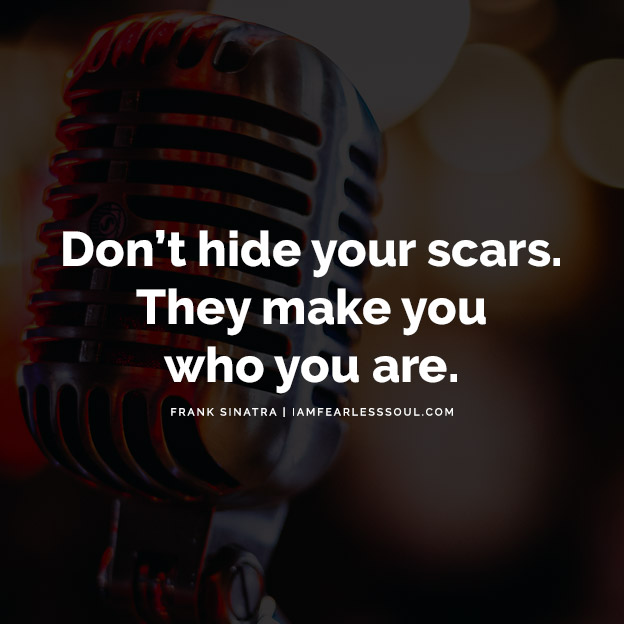 “You only go around once, but if you play your cards right, once is enough.” – Frank Sinatra

Most people don’t go all out in life. Too many people play it safe and tiptoe through life.

But life doesn’t reward those who play it safe. Play big, think big and live your life to the fullest. Take risks, believe in yourself, and try to not take anything too in life too seriously.

Revenge is another toxic emotion that can drag you down and limit your potential. Don’t base your life and goals off of proving others wrong.

Live a life that is true to you. Your success and achievements will speak for themselves. 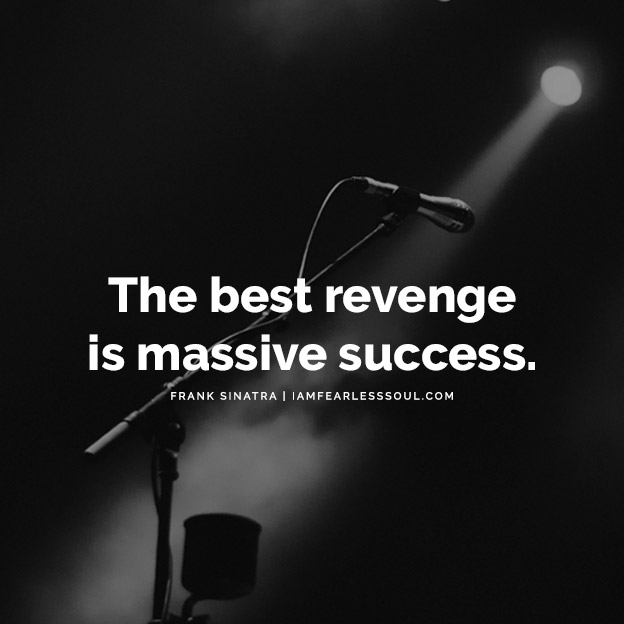 “If you possess something but you can’t give it away, then you don’t possess it … it possesses you.” – Frank Sinatra Quotes

Be careful of your bad tendencies and habits. Make sure that you own your successes in life and that they don’t control you.

“Regrets, I’ve had a few; But then again, too few to mention.” – Frank Sinatra

Life is too short to harbor regrets. If you are living a life that is true to yourself you will have fewer regrets than most.

In the book, “The top % Regrets of the Dying” the number one regret was people not living a life on their terms. It was living a life of what others expected of them.

Don’t end up with this regret. Live a life that is true to you! Like Frank said, you only get one go around on this beautiful adventure called life. 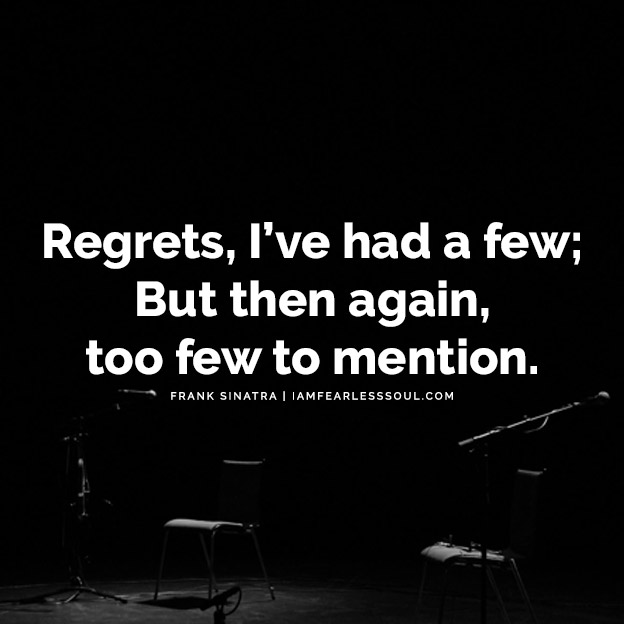 “I would like to be remembered as a man who had a wonderful time living life, a man who had good friends, fine family – and I don’t think I could ask for anything more than that, actually.” – Frank Sinatra Quotes

Life isn’t about acquiring things. Sure, a nice house or fancy car might make you happy for a time it’s easy to want more. Make sure you don’t base success off of things but memories and relationships.

Otherwise, you will be left empty and unfulfilled.

Remember, happiness and fulfillment start on the inside. Your family, friends, and relationships are the things that really matter in life. Use these Frank Sinatra quotes to live life your way.