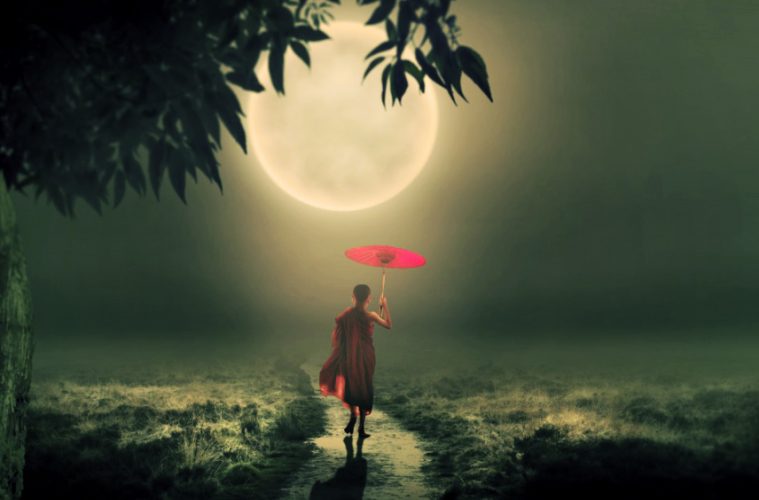 Buddhism is based on the teachings of Siddhartha Gautama, who lived about 25 centuries ago. He came to be called ‘Buddha’ after he experienced a profound realisation of the nature of life, death, existence and thus became “enlightened”.

Throughout the rest of his life, Buddha taught and spoke on many things. The basic philosophies can be summed up mostly by the Four Noble Truths and the Noble 8-Fold Path.

The 5 Buddhist Philosophies That Will Enlighten You

The first truth explores the concept that life is suffering. We experience pain, grief and loss as part of the human experience. Birth, death, illness, separation, all of these things can bring us emotional and/or physical pain. Buddhism explains that in order to be free of suffering, first, we must understand it.

Being in touch with our emotions requires presence. Most people tend to avoid their feelings because they are uncomfortable. Using the understanding of the first noble truth means allowing yourself to be with your suffering without judgement or avoidance.

The second truth describes the origin of suffering being craving. Suffering exists, but what is at its core? This truth states that it is our desire and wanting that creates the inner conflict that separates us from bliss. If we spend our lives wanting and craving we can never be happy.

The next step to being with our emotions is to understand their origins. If we can be brave enough to investigate the cause of our suffering we can bring what is hidden in the unconscious to the conscious and therefore change it.

The third truth is that suffering is able to be overcome and that bliss is attainable if we release our attachments to craving and suffering. This means being fully present with what is, without attachment to what was (suffering) or could be (craving).

To release attachment to suffering and craving means to separate from the ego self and instead operate from pure presence. It is the gentle relinquishing of the attachments we have held onto that do not serve us.

The fourth truth is that the Noble 8-Fold Path is the path which leads to the end of suffering.

In short, the Noble 8-Fold Path is to live virtuously through what we say, do and how we impact those around us. Developing compassion, practising self-awareness, practising kindness, detaching from the ego and relinquishing suffering are all part of this.

By focusing the mind on being fully aware of our thoughts and actions, and developing wisdom by understanding the Four Noble Truths, we naturally create the experience of living in alignment with the Noble 8-Fold Path.