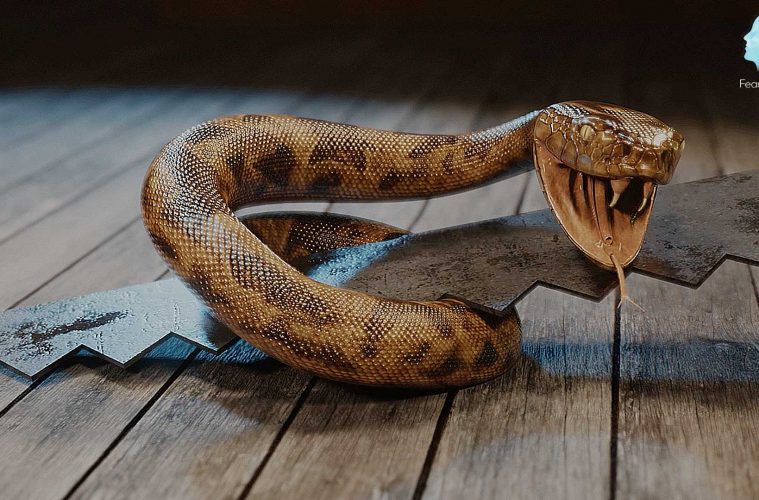 A Powerful Story About Anger and Letting Go (The Snake and The Saw) – Watch On Youtube:

I want to share with you a powerful story about a SNAKE and a SAW.

Before you ask what a SNAKE and a SAW has to do with your life… it is about MUCH MORE than a SNAKE and A SAW.

It’s about what CAN happen TO US… when we want negative things to happen to others.

So, the story is this:

As the snake slithered around… it clipped itself on a hand saw that was lying on the ground. Thinking the saw was a threat… the snake instantly snapped around and bit the saw. Of course this caused much more damage with the snake cutting inside its mouth.

Not understanding what was happening, and thinking the saw was an enemy… the snake wrapped its long body around the saw… attempting to suffocate it… Of course, the snake didn’t do any damage to the saw… instead ended up being killed by the sharp blade of the saw.

There is a powerful message here.
Often we react in anger when we think others have hurt us, or when we assume that others are out to get us…

we react when we don’t need to… we hold on to resentment, and sometimes we hope the other gets hurt… but in doing so, we only end up hurting ourselves.

The negative energy we carry around when we hold on to these resentments and negative feelings only makes US suffer… never the person we might want to suffer.

When we react in anger rather than with compassion, no one wins.

When we snap back… we can’t win.

If someone does us wrong, rather than react angrily… maybe we should try to understand where that person is coming from.

Show some compassion…. Maybe they are having a bad day… maybe ALL of their days are bad…

When we look at things from a new perspective it is much easier to MOVE ON… leaving all negative energy behind. HOLDING ON does NOTHING good for our future. WE MUST LET GO.

We must move on before the anger consumes us, and ruins us, like the snake.

Don’t react… instead show compassion.  Don’t hold on… instead move on. 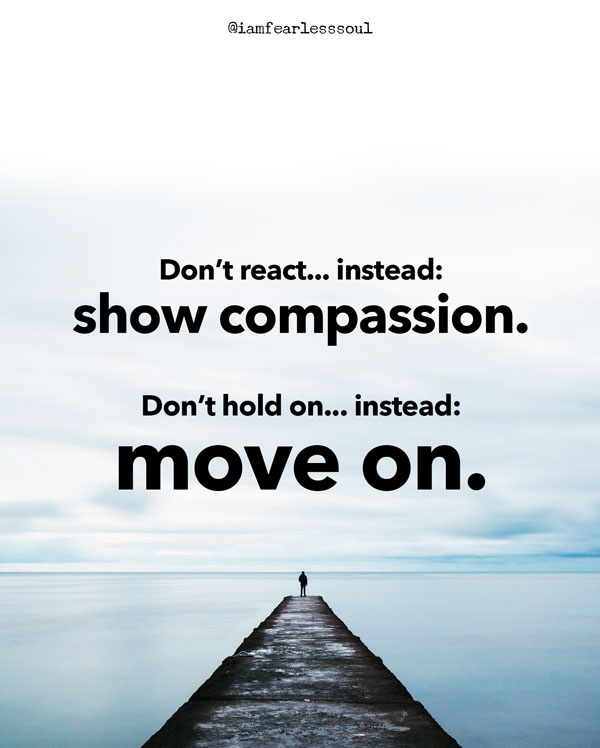