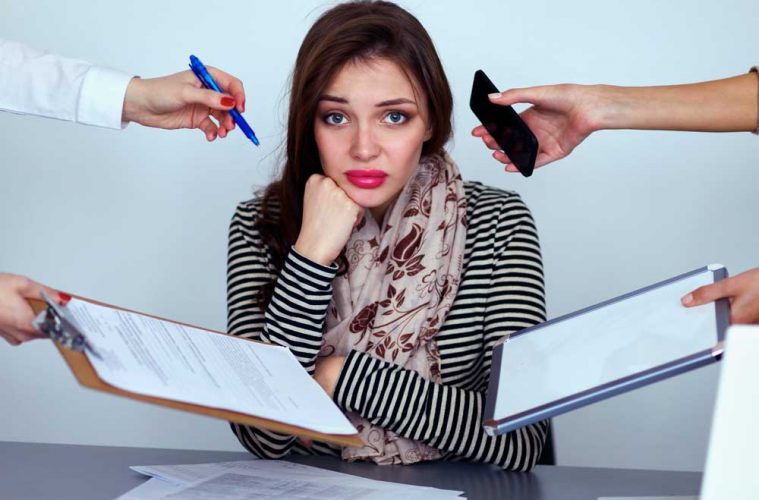 Why Multitasking Is A Myth

Why Multitasking Is A Myth

Multitasking is a myth. Before you stop reading this (while you are working, eating your lunch, texting your best friend and thinking about your goals and objectives), here me out. It’s not as effective and time-saving as you think. In fact, many studies indicate that multitasking just doesn’t work. This is coming from a self-proclaimed former Queen of Multitasking.

I wanted to stop multitasking because I have a anxious personality, and it makes it so much worse. As a business owner and a public relations professional in an ever-changing, fast-paced world, I wasn’t doing myself — or my clients or colleagues — justice by multitasking. These days, I focus on a few goals for the day and try my best to accomplish those. Once the first item on the list is completed, then I go the second item and so on. Of course, things pop up, but when you’re more organized and try to avoid multitasking, you can devote more of your attention to the very streamlined tasks at hand.

Your brain doesn’t have the capability to do too many things at once. At least, effectively. You can’t give your full attention to your work when you’re engaged in a text-message conversation with someone, responding to an email, watching your social-media channels and more. Focus more on getting “in the zone” by focusing on one thing at once versus switching from one task to the other at a rapid pace. You can even add a second thing, but when you add a third, that leads to productivity troubles.

You aren’t paying as much attention when you’re multitasking, which leaves you wide open to making mistakes that could cost you and your company your sanity and money. In fact, you could also be losing up to 40 percent of productivity and becoming more stressed because of multitasking because you’re worried too much about how many things get done versus the quality of the work. If you’re stressed, consider talking with a mental health professional online to sort through your multitasking and related stressors. Talk with someone on a site like betterhelp.com.

When you’re simultaneously working on two projects at once, it takes you longer to complete them than doing just one at a time. Experts suggest doing batch tasks, such as replying to your emails at once. Get in your particular groove and focus on one thing.

You don’t take time to stop and smell the roses.

If you’re constantly buried in your phone when you’re walking, you could miss a beautiful sunset or walk right into traffic. You aren’t paying attention to things around you. Your memory could also take a hit, as well as your relationships. If you’re talking or texting while driving, too, it can be dangerous for you and all of the people around you. Take some time to cultivate a healthier mind here.

So, take some steps in the right direction and try to multitask less. You will be surprised at how much more you accomplish!