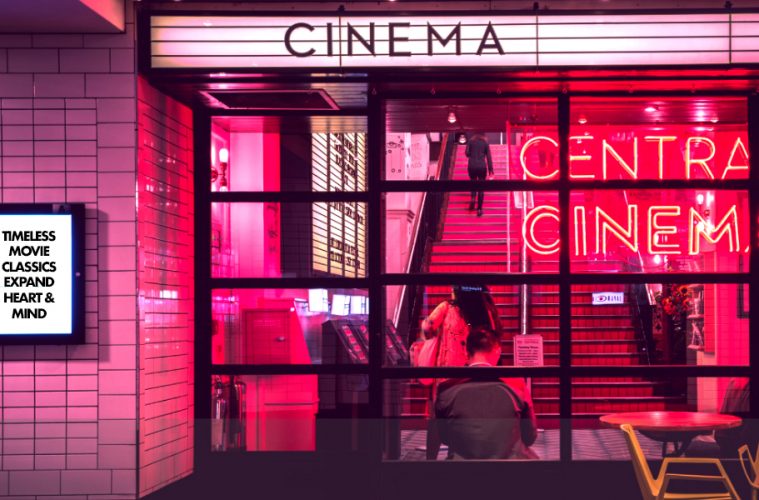 10 Timeless Movie Classics That Will Expand Your Heart and Mind

There are certain timeless films or classics, that create a bridge to a new, more empowered way of viewing life and our role in shaping it.

Some of them use history to help us better understand our present conditions, while others take us into a probable future to provide insights about our current actions. The one thing these film have in common in a powerful ability to inspire positive change in our own lives.

So grab some popcorn and enjoy 10 these movie classics that will expand your heart and mind.

In the 18th century, British Parliamentary leader William Wilberforce joined forces the man who was to become Great Britain’s youngest Prime Minister, William Pitt. Their quest? To abolish the empire’s slave trade, a cause Wilberforce was encouraged to take up by abolitionists Margaret and Charles Middleton.

The movie outlines the challenges, defeats and victories he faced along his path, both internally and externally. Ultimately, he used his political position to help move the conscious of the ruling class upwards despite suffering many personal misgivings about his own ability to effect change.  Amazing Grace reveals the intersecting lives of many imperfect people who chose to forge ahead despite their flaws and fears so that they could help launch a whole new world of freedom for millions of fellow human beings.

“Accustom yourself to look first to the dreadful consequences of failure; then fix your eye on the glorious prize which is before you.” – William Wilberforce

In January 1917, Alice Paul, Lucy Burns, and 1,000 fellow feminists began an 18-month picket at the White House – the first in the nation’s history. Their demand was a national voting rights amendment for women. Iron-Jawed Angels traces the two social crusaders’ rise through the ranks of The National Women’s Suffrage Association, and their decision to push the envelope for change with new, bolder tactics. The consequences of their actions included social scorn, terror, punishment – and the ratification of the 19th amendment on August 18, 1920.

The film showcases how making decisions using innovative, well-planned ideas is rarely popular, often spurned, and ultimately successful. Paul and Burns’ decision to rise above the status quo, both within and outside the suffragist movement, launched an opportunity for women’s voices to be heard throughout the land.

“When you put your hand to the plow, you can’t put it down until you get to the end of the row.” – Alice Paul

This paradigm-shifting classic sends viewers on a quest to take a closer look at the reality that surrounds them to make sure it is indeed of their own making. It challenges people to take responsibility for shaping their own lives, even if doing so leads to perceived dangers and inconvenient truths.

Waking up to the fact that the life he knew hadn’t been at all as it seemed, a computer hacker must contend with a class of ruling criminals from the future and make a decision: look the other way and pretend not to know, or take a daring adventure out of the tangled matrix of corruption with his fellow resistors in order to help mankind. The Matrix shakes the melancholy of mediocracy from viewer’s eyes and reminds them that true power lies wherever they decide it does.

“I’m trying to free your mind, Neo. But I can only show you the door. You’re the one that has to walk through it.” – Morpheus

After a devastating brain injury and challenging recovery left him questioning his friendships and values, Shadyac embarks on a journey of discovery. His question is this: Why the world is so full of chaos and disharmony? What he uncovers along the way leads him to a deeper understanding of everyone’s ability to reshape not only the answer to this inquiry, but the question itself.

“You send a message in everything you do. I’m always very conscious about what ideas and what energy I put out there.” – Tom Shadyac

Never before has a movie taken you on a journey where thoughts, neurons, and quantum processes come to life as they interact with the world and their creator, a disgruntled and unempowered photographer. Her fictional story of discovering how her ideas and actions shape her outcomes is set against documentary-style dialogue and real-world footage of scientists and theologians who are on the frontline of deciphering the exact mechanisms by which people create their own reality.

What the Bleep Do We Know? opens up an understanding of newly discovered energetic principles that help unravel the mysteries of our own limitlessness.

“Asking yourself these deeper questions opens up new ways of being in the world, it brings in a breath of fresh air. It makes life more joyful.” – Fred Alan Wolfe, Theoretical Physicist

This epic story of the man who shaped a multi-faceted system of peace and freedom to replace the chaos of control, violence, and inequality in British-occupied India shows how patience and perseverance can be combined with rationality, emotional intelligence, and strategic alliances to bridge in a better way of being on this planet. Gandhi is about the discipline, high conscious, and steadfast courage which allows for wisdom to win over seemingly impossible odds. The film’s timeless lessons are a guidepost for anyone seeking their own independence from a life that doesn’t serve their true talents and passions.

“To gain independence, we must prove worthy of it. What you cannot do is accept injustice from…anyone. What you must do is make the injustice visible.” – Gandhi

This cutting satire on people’s tendency to give their power away to anyone with a title and a rule book in exchange for some creature comforts features an ‘average Joe’ who wakes up after a government experiment goes awry to find himself five hundred years in the future. Just as he begins to realize that he has time traveled forward, he also discovers that society’s intellect and wisdom have taken a huge leap backward.

Idiocracy hilariously highlights the long-term negative consequences of trading the responsibilities of freedom for the comforts of following the crowd.

“After several hours, Joe finally gave up on logic and reason, and simply told the cabinet that he could talk to plants, and that they wanted water.”

Pilgrims have walked Spain’s El Camino de Santiago (The Way of Saint James) for centuries searching for healing and deeper spiritual connection. The Way takes you into the lives of 5 fictional modern-day trekkers who each bring their backpacks along with their fears, failures, sorrows, and joys on a 500-mile hike along one of the Way’s most rugged and breathtaking routes, the Santiago de Compostela. Along their journey, stereotypes are shattered as each grapples with releasing their traumas in order to again find life’s joys.

“He wanted to see the world. And he did.”

Based on the true story of Alexandria, Virginia’s winning 1971 football team, this gritty tale takes you into the day-to-day struggles of a community coming to grips with civil rights integration, through the eyes of TC Williams High School. Hiring its first black coach, the tough and tenacious Herman Boone, is a decision that leads the school’s students, coaches, and teachers on a journey of discovery about their own responsibility in shaping a more equitable society – one that only succeeds through unity.

“If we don’t come together right now on this hallowed ground, we too will be destroyed, just like they were. I don’t care if you like each oth

er or not, but you will respect each other.” – Herman Boone, on the fields of Gettysburg

Based in part on the book The Freedom Writers Diary by teacher Erin Gruwell, this eye-opening screenplay rips opens the stereotypes surrounding gangs, racism, and urban America to reveal the real young people on the front lines of today’s toughest issues, and the battles they must face daily just to survive.  By bridging in the lessons of the Holocaust, Gruwell not only resonates with the “at risk” young people she is asked to teach, but also learns her own lessons from them about following through with her purpose despite the obstacles in her path.

“It would be easy to become a victim of our circumstances and continue feeling sad, scared or angry; or instead, we could choose to deal with injustice humanely and break the chains of negative thoughts and energies, and not let ourselves sink into it.”
― Erin Gruwell, The Freedom Writers Diary

For more inspiration on your journey towards greater empowerment, take a listen to these Inspirational Speeches by some of the world’s most innovative minds…